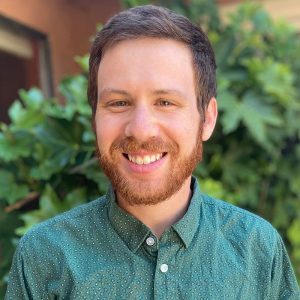 Gabriel Lehrman is so excited to join the team at Temple Micah as this year’s Cantorial Intern. He grew up in the Bay Area, where music and Judaism were constants in his life. After graduating from the University of Puget Sound with Bachelors’ in Music and Religion, Gabriel moved to New York City to work in the Jewish non-profit world. He eventually found his most fulfilling work as a Jewish outdoor educator in northwest Connecticut. Today, he is in his second year at the Hebrew Union College – Jewish Institute of Religion’s cantorial program. When not studying, he is often found on a hiking trail, making challah, or making music with friends.