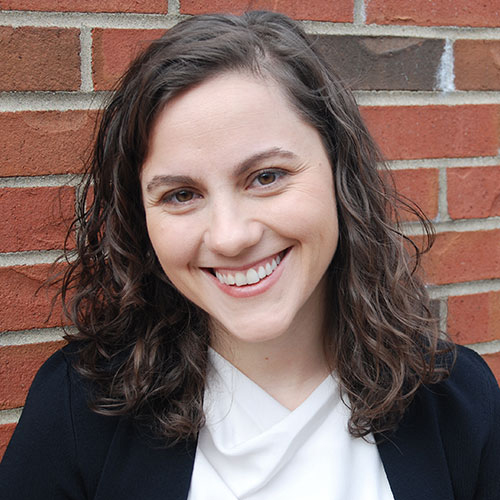 Rabbi Stephanie Crawley first came to Temple Micah in 2010 as a part of a fellowship and fell in love with the community. She was thrilled to return to Temple Micah as an associate rabbi after completing rabbinical school in 2018. Rabbi Crawley was born and raised in St. Louis, Missouri, and spent her summers playing competitive softball and attending Jewish summer camp. Stephanie is a proud alumna of Case Western Reserve University, where she received her degree in Political Science and International Relations, with a minor in Jewish Studies. She has served as a Jewish educator and musician in a variety of capacities in Manhattan, Connecticut, D.C., Jerusalem, Czech Republic, Belarus, Washington, California, and Ohio, and spent a transformative summer as a Spiritual Counselor at Beit T’shuvah, a Jewish addiction treatment center. While at Hebrew Union College-Jewish Institute of Religion, Rabbi Crawley was part of the highly regarded Bonnie and Daniel Tisch Rabbinical Fellowship, and worked for Rabbi Larry Hoffman in the development of a worship center for the Reform Movement. She believes that the search for hidden voices in sacred texts helps us find our own. Rabbi Crawley loves tacos almost as much as she loves Torah, is a passionate recycler, a book collector, and a devoted St. Louis Cardinals fan.