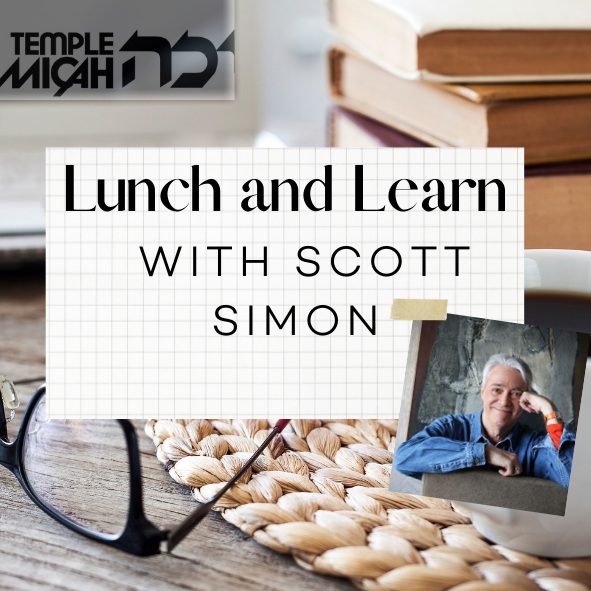 Lunch and Learn with Scott Simon

Register by 5 pm on Monday, January 10 for a guaranteed link to the meeting.

People increasingly get their news—and a lot of bias and misinformation—from voices they already know agree with them. This is not good for democracy. Why has this happened, and is there any way we can change this disastrous trend?

Scott Simon is one of America’s most admired writers and broadcasters. He has reported from all 50 states, five continents, and ten wars. He is the host of NPR’s Weekend Edition with Scott Simon, and Special Contributor for CBS Sunday Morning. He is the author of nine acclaimed works of fiction and non-fiction including Pretty Birds, about the siege of Sarajevo; Windy City, set in the Chicago City Council; the New York Times bestseller Unforgettable, a book about his last week with his mother in the Intensive Care Unit of Northwestern Hospital; and Sunnyside Plaza (2020, Little Brown), a YA novel set in a home for mentally challenged adults in Chicago’s Uptown. He has authored a play, Kaa-zowie! that is in development, and is finishing a new novel, Wins, Losses, Saves.

He is the recipient of numerous awards including the Peabody, the Emmy, the Robert F. Kennedy Journalism Award, the Studs Terkel Award, and the Charles Osgood Lifetime Achievement Award. He has thrown out the first pitch in Wrigley Field, and in 2016, received the Order of Lincoln from the state of Illinois.