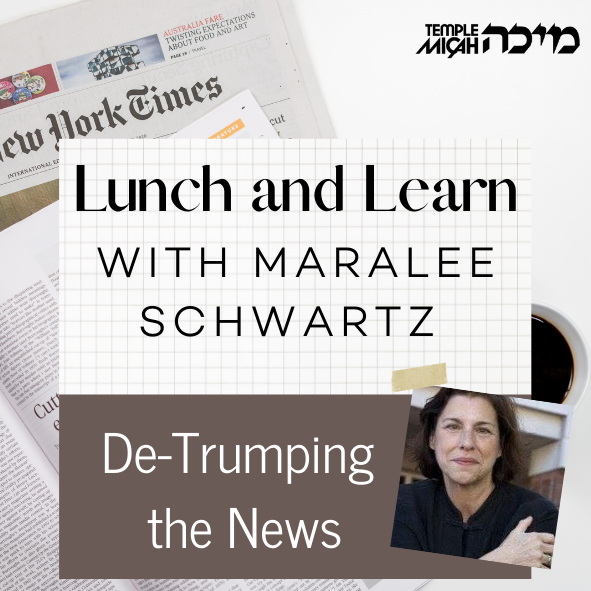 Lunch and Learn with Maralee Schwartz

Donald Trump did a lot of damage to journalism, and journalists let it happen. Trump is not going away. Mainstream journalism’s challenge and mission is to “de-Trump” itself and help save democracy.

Maralee Schwartz spent thirty years at The Washington Post, mainly as a political reporter and editor. As National Political Editor, she led an award-winning team of reporters in coverage of the White House, campaigns, and Congress. In the fall of 2007, she was a fellow at Harvard’s Institute of Politics.

Schwartz left the Post in August 2008 to be the Edward R. Murrow Visiting Lecturer at Harvard’s Kennedy School. She remained at the Kennedy School for another semester as a fellow at the Shorenstein Center on the Media, Politics, and Public Policy, where she wrote a paper on non-profit journalism. She returned to The Post as interim political editor to manage coverage of the Obama health care legislation.

Maralee has been a judge for numerous journalism awards, and a contributing editor for The Columbia Journalism Review. She is a member of the Shorenstein Center Advisory Board, and collaborates on book projects.

Register before  at 5 pm. the Monday before the event for a guaranteed link to the session.

For further questions about these Zoom meetings, please email Lunch and Learn.