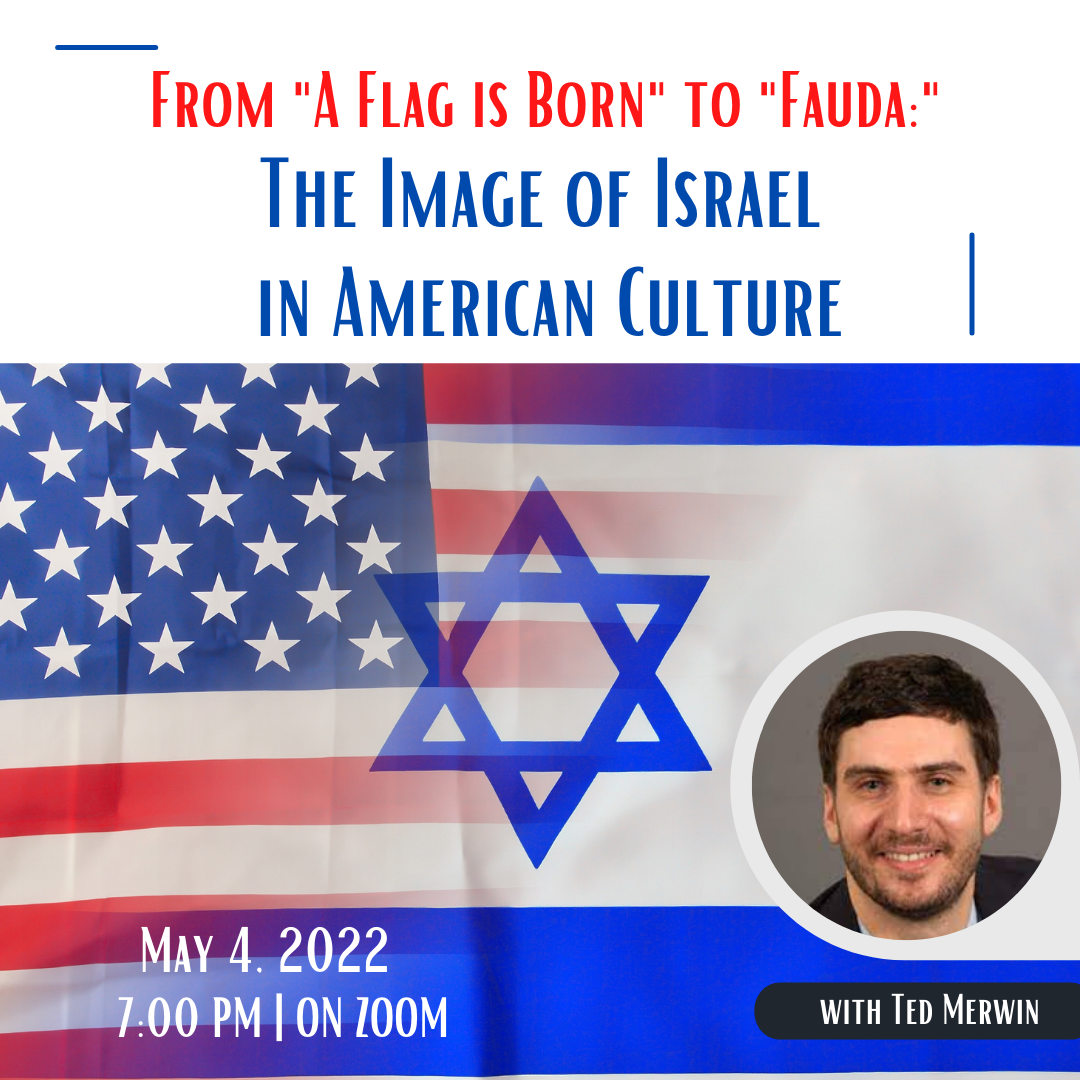 Speaker Ted Merwin – From “A Flag is Born” to “Fauda:” The Image of Israel in American Culture

Even as it has taken its place among the world’s most powerful nations, Israel continues to exert a potent influence on the imagination. In this multimedia lecture, historian Ted Merwin traces the evolution of the U.S.-Israel relationship in visual art, photography, performing arts, film, and TV. From the 1940s theatrical pageant “A Flag is Born” to the 1960s Paul Newman film, “Exodus,” to American magazine covers during the Six Day War, to the current crop of binge-worthy Israeli TV shows, our perceptions of the Jewish state are conditioned just as much — if not more — through culture as they are through foreign relations, diplomacy, and defense-related cooperation.

Ted Merwin earned a doctorate in Theatre from the City University of New York (CUNY) Graduate Center. From 2000 to 2016, he taught Judaic studies at Dickinson College (Carlisle, Pa), where he was the founding director of the Milton B. Asbell Center for Jewish Life. He now serves as Senior Writer for the Jewish Federations of North America (JFNA). He is the author of two books on Jewish culture, most recently, Pastrami on Rye: An Overstuffed History of the Jewish Deli, which won a National Jewish Book Award. His freelance articles on Jewish culture have appeared in the New York Times, Washington Post, Newsweek, Haaretz, Hadassah, Moment, and other newspapers and magazines.

This event will be hosted on Zoom. Check your newsletters or contact the office for the Zoom link.