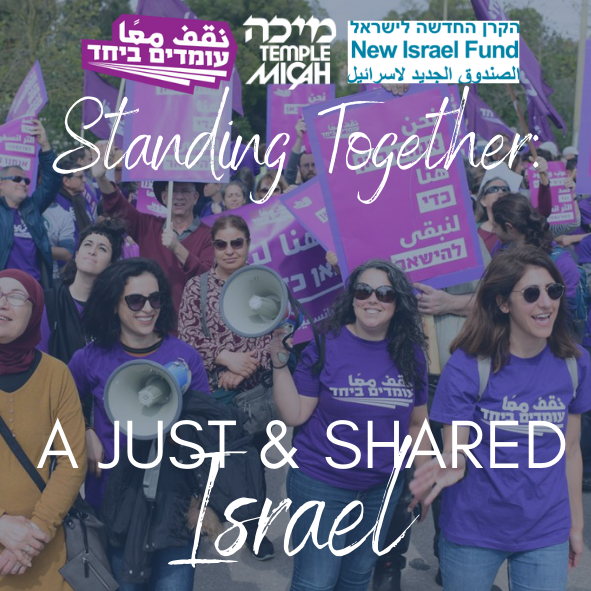 Standing Together for a Just and Shared Israel

Temple Micah in partnership with The New Israel Fund presents:

Standing Together for a Just and Shared Israel

Join us In-Person at Temple Micah or on Zoom. 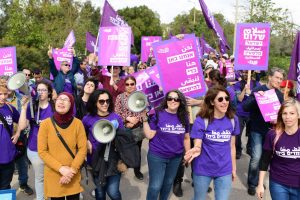 Grassroots organizations and movements have the power to drive social, political, and economic change and shape history. As people worldwide gather to fight for justice and social change, leading Israeli grassroots movement Omdim Beyachad (Standing Together) mobilizes Jewish and Palestinian citizens to pursue peace, equality, social and climate justice. Together, they fight for a better future – with peace and independence for Israelis and Palestinians, full equality for all citizens, and true social, economic, and environmental justice. Standing Together was founded with the belief that the majority of Israelis (Jewish and Palestinians) have more in common than what sets them apart, and when people stand together, they can fundamentally alter the existing socio-political reality. Because where there is a struggle, there is hope.

Join us for a special conversation with Israeli activists Alon-Lee Green and Sally Abed. Hear about the issues at the heart of the Israeli social change movement and how Jews and Palestinians are working together for a better, more just future. 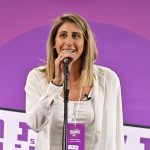 Sally Abed is a staff member and an elected national leader at Omdim Beyachad (Standing Together). In recent years, she has become a prominent progressive Palestinian voice in Israel. Sally is a recurring guest on the Promised Podcast and the Co-host of the new podcast Groundwork – a mini series co-sponsored by the New Israel Fund, about Palestinians and Jews refusing to accept the status quo and working together for change. 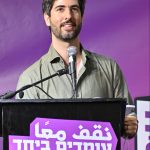 Alon-Lee Green is the National Director and a founder of Omdim Beyachad (Standing Together), the Jewish-Arab grassroots movement that mobilizes people around issues of peace, equality and social justice. He got his start organizing Israel’s first trade union of waiters in a chain of coffee shops and went on to found Israel’s first National Waiters Union. Alon-Lee emerged as a prominent leader of Israel’s social protest movement in the summer of 2011, and subsequently served as a political adviser in the Knesset, Israel’s parliament.

About the New Israel Fund (NIF)

The New Israel Fund is the leading organization advancing and defending democracy in Israel. Widely credited with building Israeli progressive civil society, we have provided over $300 million to more than 900 organizations since our inception in 1979. Learn more about NIF on our website at www.nif.org.