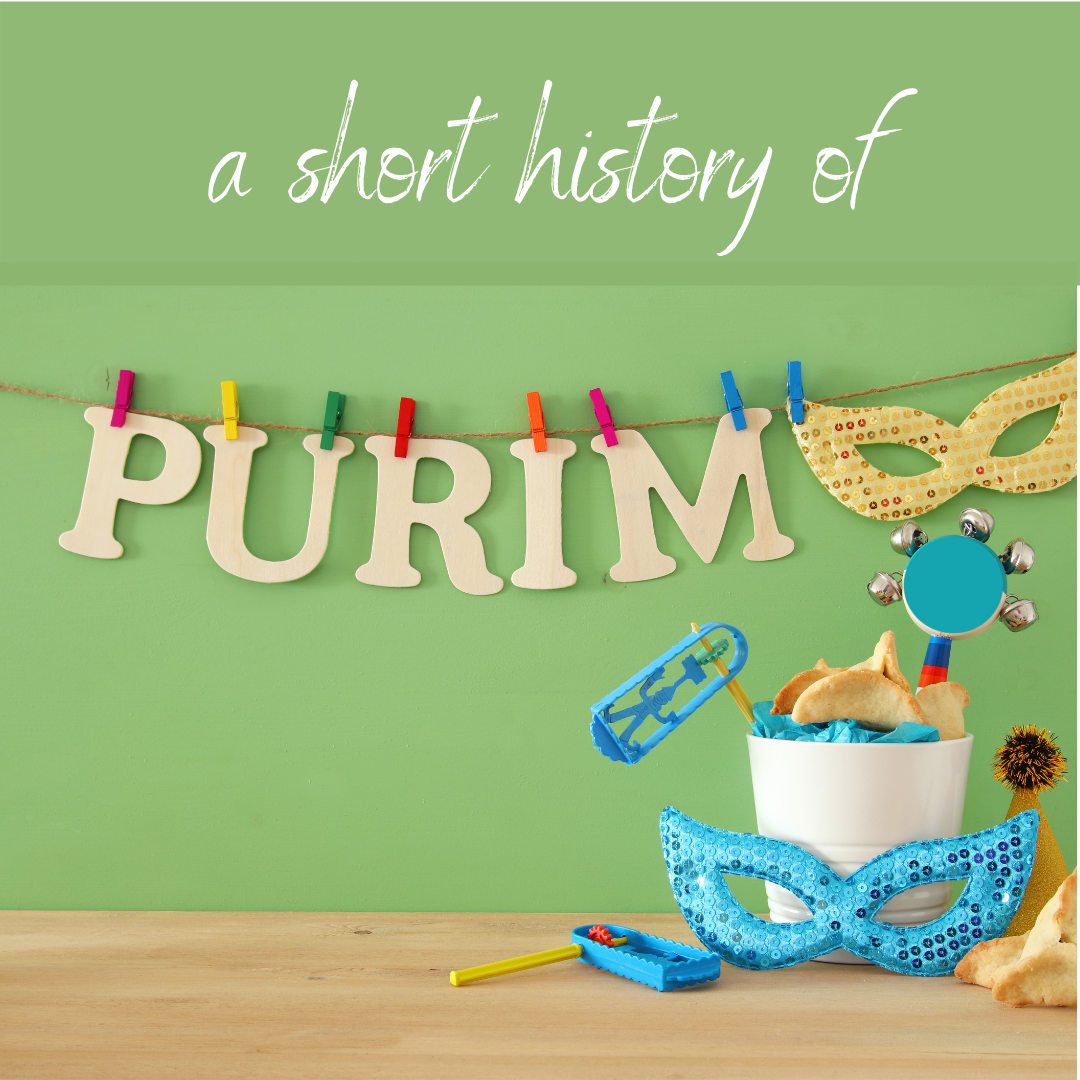 A Short History of Purim

Purim is the jolliest and the strangest of all Jewish holidays. It is a time when the ordinary Jewish emphasis on moderation and self-discipline is abandoned, allowing a range of behaviors not normally condoned in traditional Judaism, including theatre. Though rabbis objected to theatre because of its pagan origins and because it was considered a waste of time, Jewish communities have staged Purim plays (purimshpiln in Yiddish) since at least the late Renaissance.

Originally, Purim plays were performed by itinerant players who went from house to house, asking for a few coins in exchange for their entertainment. Purim plays were also performed in private homes, in houses of study, and finally within the synagogue itself. Scripts were informal and allowed performers to add jokes, topical commentary, music, and other items of popular culture. Since Orthodox Judaism forbids women to perform in public, all the players were men, and the sight of a bearded man disguised as a woman added to the merriment.

Usually, the plays were produced by those on the lower rungs of Jewish society, and they took the opportunity to satirize the sacred and insult the powerful. Many Purim plays dramatize the book of Esther, but other stories have also been performed, generally those that share the Purim theme of victory over the threat of annihilation.

Some of these narratives are drawn from the Bible (such as the book of Daniel), others from history (such as tsarist Russia and Nazi Germany), while others are purely the product of fantasy. Virtually all Purim plays tell these stories of near-disaster in a comic fashion. Purimshpiln turn the sacred text of Esther into a profane parody, filled with irreverent jokes, sexual innuendo, and utterly secular popular culture. 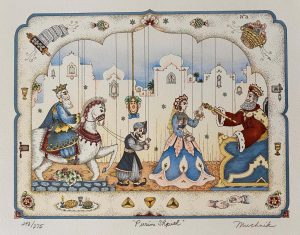 Historically, Purim plays varied according to the kind and intensity of local conflict. The Akhashveyrosshpil, a Yiddish play from eighteenth century Germany, used insults, bawdy jokes, and references to bodily functions in order to make all authority figures look ridiculous and, hence, non-threatening. In nineteenth and early twentieth-century Eastern Europe, purimshpiln often focused on clever criminals and incompetent lawmen. For the Jews of Eastern Europe, whose lives were circumscribed by antisemitic laws, praising the scofflaw was an act of resistance.

In seventeenth-century Amsterdam, the Sephardi community presented Simchat Purim, a far more middle-class production than the Yiddish Purim plays of central and Eastern Europe. Simchat Purim is in Hebrew, and takes its inspiration from midrashim that would have been known only to advanced students of Torah and Talmud. Though humorous, it is neither vulgar nor obscene. This Purim play is the product of an educated, middle-class community at peace with its non-Jewish neighbors.

In Nazi Germany, Purim took on a particularly powerful and terrifying resonance. Jews flocked to the synagogue on Purim, shouting down the name of Haman, cheering wildly at his death. Purim plays even offered a beacon of hope in the concentration camps. A prisoner known as “Chaim the Rabbi” organized a purimshpil in Dachau in 1945. Wearing a paper crown, clad in a blanket decorated with paper stars, he began his call for a purimshpil by shouting, “Haman to the gallows! And when I say, ‘Haman to the gallows,’ we all know which Haman we’re talking about!”

By enacting a story of triumph over incredible odds, Chaim the Rabbi infused a moment of hope into a particularly bleak situation. The Holocaust dealt a mortal blow to the traditional European purimshpil. The world had just watched an annihilation attempt that had almost succeeded; the purimshpil seemed perhaps the tattered remains of a dying culture. But the culture stubbornly refused to die.

In the past few decades, there has been a world-wide revival of interest in this culture. Purim plays have been performed in the United States, Canada, Great Britain, Australia, Sweden, Germany, and former Soviet Asia. They have been performed in synagogues, colleges, community centers, even on Broadway. Many scholars see the purimshpil as the seedbed of Jewish, particularly Yiddish, theatre, and of a particular brand of Jewish comedy that emphasizes social criticism, self-mockery, and the interplay of humor and sadness. Sholem Aleichem, Lenny Bruce, Dorothy Parker, Mort Sahl, Philip Roth, Woody Allen, Jon Stewart, Sarah Silverman – all are children of the purimshpil.

Jean holds a PhD in folklore and teaches at the George Washington University and Montgomery College. Her writing has appeared in the New York Times, the Washington Post, the Journal of American Folklore, and other publications. Her most recent book is a biography of the American folksinger Peggy Seeger, entitled Peggy Seeger: A Life of Music, Love, and Politics.