A congregation of equality, diversity and creativity, [Temple Micah] founded a home to experiment with their faith and repair the world…Years later [it] has become one of America’s most influential Reform synagogues.

Founded in 1963 as the Southwest Hebrew Congregation, our congregation initially occupied temporary spaces near the waterfront area in Southwest DC. We affiliated with the Reform movement in 1965; the following year, we began what became a 28-year space-sharing arrangement with St. Augustine’s Episcopal Church.

In 1968 we adopted the name Temple Micah to reflect the prophet Micah’s vision: “And what does Adonai require of you? To do justice, love mercy, and walk humbly with your God.” (Micah 6:8)

Temple Micah’s rapid growth in membership eventually led to the decision to seek new space, and we found a new home in Northwest DC. We dedicated our new building in September 1995. Today Temple Micah is home to 600 member families.

The Living History Project tells the story and history of our temple – our people, our distinctive ways, and our place in the life of our city – through videos, pictures, charts, and the written word. 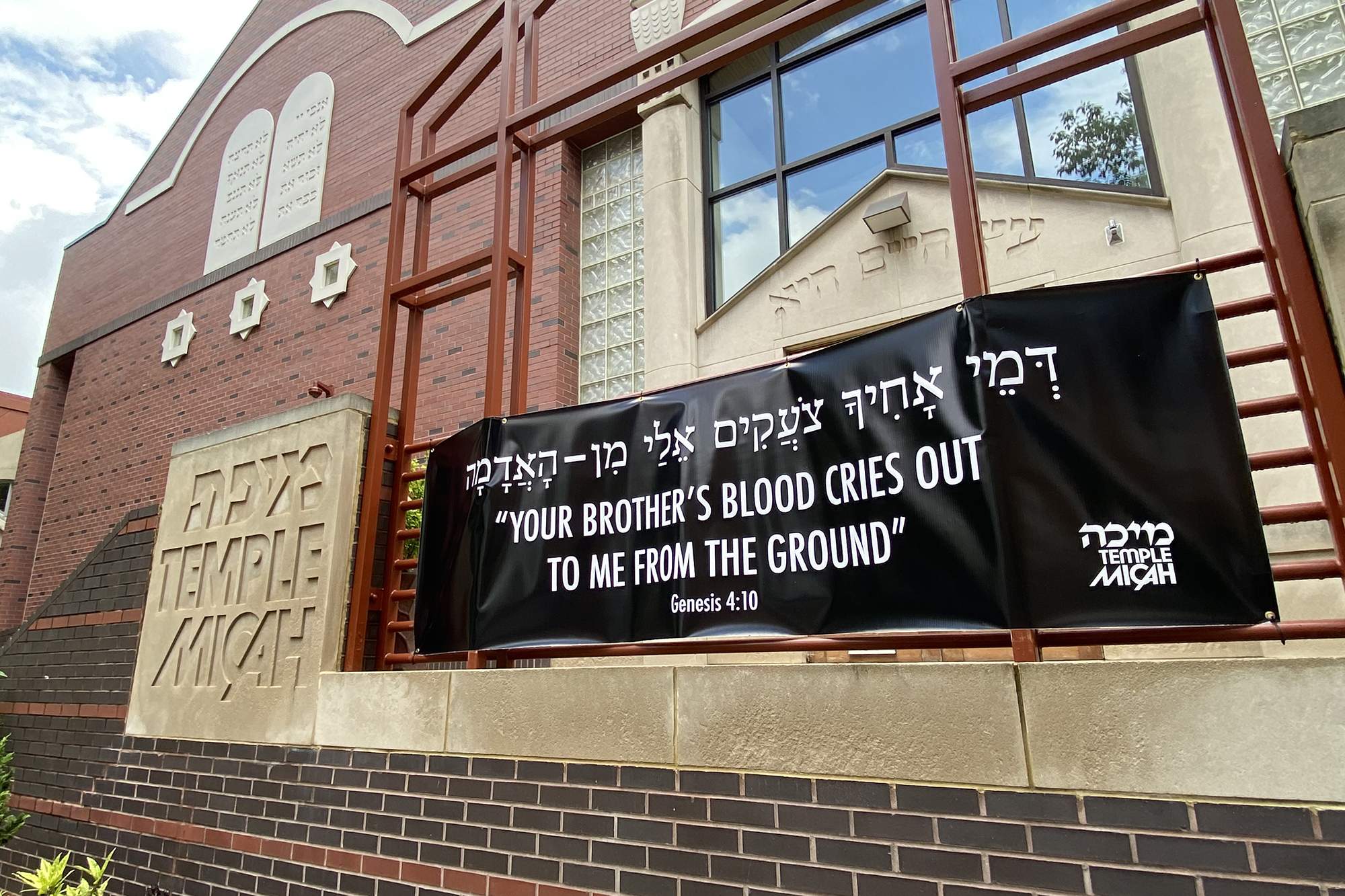 Fun Facts About Our Building

We are honored to read regularly from two Czech Torah scrolls that were preserved by Prague’s Jewish community during the 1940s, and are on loan from the Memorial Scrolls Trust. Click here to learn more information about these scrolls and their history.

Temple Micah is honored to have been entrusted by the Memorial Scrolls Trust with caring for two Torah Scrolls, survivors and witnesses of the Shoah: MST#1531 from Ivancice since 1966 and MST#360 from Kolin since 1982. We are still able to read from both scrolls regularly. Jews had lived in Bohemia and Moravia for more than a thousand years, and over that time a rich Jewish culture developed, centered mostly in Prague. According to the 1930 census, there were 117,551 Jews in Bohemia and Moravia (356,830 in all of Czechoslovakia). By 1943 some 26,000 had managed to emigrate. Some 81,000 Jews were deported to Terezin and other camps, of whom about 10,500 survived. Today, the population of the Czech Republic is ten million, of which 4,000 are Jewish.

In 1942, members of Prague’s Jewish community devised a way to bring the religious treasures from the deserted communities and destroyed synagogues to the comparative safety of Prague. The Nazis were persuaded to accept the plan and more than 100,000 artifacts were brought to the Central Jewish Museum in Prague, including about 2,000 Torah scrolls. Each was meticulously recorded, labeled and entered on a card index by the museum’s staff with a description of the scroll and the place it had come from.

In 1964, 1,564 of these scrolls were acquired from Czech government and sent to the Westminster Synagogue in London who distributed some 1400 scrolls on loan around the world. Subsequently the Memorial Scrolls Trust was set up to continue taking care of them.