Treat the Words as Poetry: A Profile of Cantorial Intern Isaac Sonett-Assor 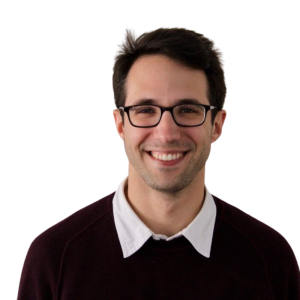 The reopening of Temple Micah’s beloved sanctuary has also revived the in-person music that lifts our spirits. This summer a new voice will be added as Temple Micah welcomes Isaac Sonett-Assor as a Star Fellowship cantorial intern. He is a fourth-year cantorial student at the Debbie Friedman School of Sacred Music at the Hebrew Union College-Jewish Institute of Religion.

“I’m excited to join Temple Micah, because it’s a place where music is valued,” Isaac says, adding that Rabbi Danny Zemel is widely known for supporting an “American nusach,” which refers to the way that a community sings the words of the prayerbook. “For Temple Micah,” Isaac says, “an American nusach means music that reflects the distinct character of its community.”

At the age of 30, Isaac brings a blend of classical training, Jewish learning, teaching, and singing sacred music from many traditions. With his rich lyric baritone, he has sung at church choirs as well as synagogues, and at several summer music festivals. His repertory includes musical theater, opera, oratorios, and art songs in French, Italian, and German.

It seems safe to say that Isaac will be the first soloist at Temple Micah who has sung the title role in Mozart’s “The Marriage of Figaro” as well as bass soloist in Bach’s B Minor Mass and Bruckner’s Mass in F Minor.

Isaac has been singing and playing the piano since childhood in New Rochelle, N.Y., where the Assor family was devoted to pop music and Broadway show tunes. After his Bar Mitzvah at Temple Beth El, where the hazan was a mentor, Isaac began studying music more seriously.

As a Columbia University undergrad, he took singing lessons and majored in music and psychology, with courses in music theory. Later, at the Eastman School of Music in Rochester, N.Y., he landed gigs outside the classroom, singing in church choirs and at high holiday services at a Reform synagogue in Monticello, in the nearby Catskills—the latter “a life-changing and life-affirming experience.”

At Eastman he also volunteered as practice mentor for high school students and as a teaching assistant for an afterschool music program for underprivileged students. “I loved the experience at Eastman, but I realized that I wasn’t singularly focused enough to become an opera singer,” Isaac said. Instead, after graduation, he took some time off, freelancing, auditioning, working in advertising, while learning Hebrew and studying Jewish subjects. He came to realize how he could combine his love of music and his Jewish faith by enrolling in cantorial school at Hebrew Union College (HUC) in 2018.

At HUC, Isaac is a member of the Tisch/Star Fellowship Program, which is led by Rabbi Larry Hoffman, and has served as a student cantor at Aspen Jewish Congregation, Ohel Abraham Synagogue in Haifa, and Westchester Reform Temple in Scarsdale. In his spare time, he enjoys playing guitar, reading, cooking, running, and rooting for the Yankees.

Teddy Klaus, Temple Micah’s former music director, who knows Isaac from some of the Reform movement’s summer camps, calls him “a rising star in the cantorate.”

Isaac’s wife, Caroline Sonett-Assor, whom he met at Columbia and studied with at Eastman, is associate director of Mannes Prep, the pre-K through high school training program at Mannes School of Music in New York. She plays and teaches the flute, and one can hope that she will help make music at Temple Micah while he’s here.

Isaac is on track to be ordained as a cantor next year. At HUC, Isaac absorbed the most fundamental part of cantorial singing, which will be well appreciated at Temple Micah: “I learned to put text above all else—to take the words of the text—whether the Bible or any other text—and treat the words as the poetry they all are.”