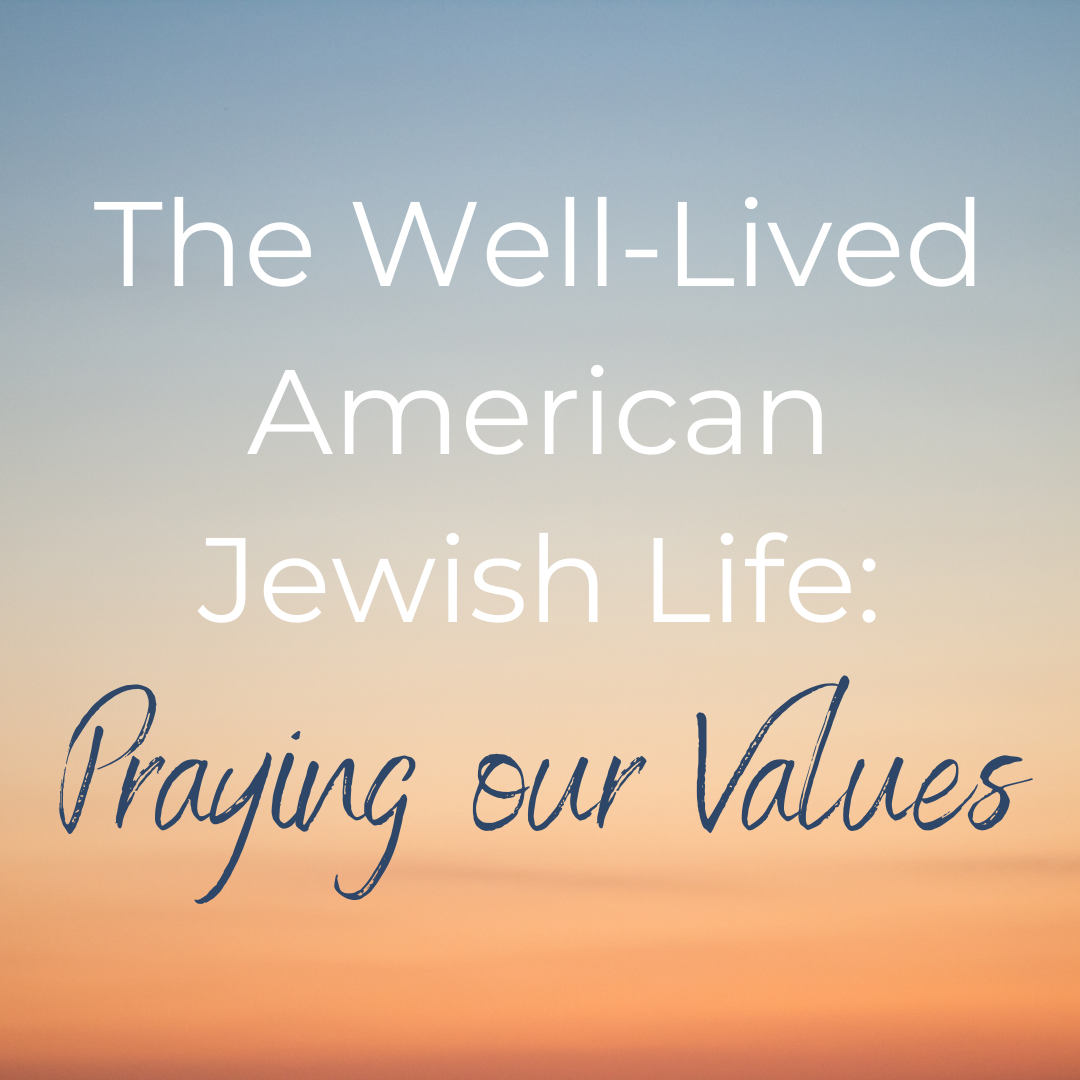 At “Ask the Rabbis” on Yom Kippur afternoon, one congregant asked how Temple Micah clergy members consider taking stands on public issues. The question addressed a common concern about mixing politics and religion. Of the five rabbis on the bimah (including our two rabbinic fellows), four provided a response, which is itself an indication of the depth of interest in this question.

The question arose this year because of the prayer Rabbi Crawley offered on Rosh Hashanah to bless those who have had an abortion or who have provided aid or support to those who have had abortions. Rabbi Crawley and I made the decision to offer this blessing in the sanctuary service because we wished to publicly affirm the religious principle and belief that in our Jewish theology, the right to decide on abortion rests in the hands of the pregnant person. It is not a decision for the government or the courts.

This prayer elicited an unusually large response—the vast majority of it positive. There were people who took exception to the prayer. Some were uncomfortable with the public nature of what they saw as a very private act. I understand this concern, and the last thing that any of us would want to do is invade someone’s privacy.

Our goal is just the opposite: to defend the right to privacy.

It is, therefore, important for the congregation to know that we did not make the decision to offer the prayer without serious discussion and deliberation. We had deep conversations with individuals who have had abortions and others who have suffered miscarriages. The individuals with whom we consulted were overwhelmingly supportive of our idea to offer a blessing. The powerful anti-abortion movement has for decades placed a stigma on this personal, moral and religious decision. In reciting this prayer—and offering people the opportunity to stand if they have had an abortion or provided support for those who did—we sought to undo the stigma that abortion-rights opponents created in politicizing this most personal of decisions. I believe that Rabbi Crawley’s prayer captured our intent with eloquence, reverence and deep respect for the sacred.

It is true that in offering this blessing, we were taking a moral position on what has become a political issue. Doing so is a much-discussed topic among America’s rabbis in our hypercharged political era in which even choosing to get a vaccine has become political dynamite. Certainly, some rabbis and congregations choose to avoid taking stands on social issues.

At Micah, that is not our way.

Judaism is about the lived human life. The well-lived Jewish life is not alone on a mountaintop, but speaks to the complexity of living in society. “Do not separate yourself from the public,” taught Hillel about 2,000 years ago. The Shabbat table, the minyan (quorum for prayer), the kehilah (community) form the essence of our Jewish vocabulary. All are social constructs. In other words, any rabbi who does not address the social questions of the day, no matter how controversial, from a Jewish perspective is not living up to what the title demands. That is correct—what the title “rabbi” demands. This is the tradition that we have inherited from the prophet Elijah and through the centuries to Rabbi Abraham Joshua Heschel. Rabbi Israel Salanter, in the 19th century, always supervised the baking of matzah for his community. According to folklore, when asked on his deathbed about his requirements for the kashrut of the matzah, the rabbi replied, “See to it that the women who bake the matzah are fairly paid.” Our Jewish values cast a wide net.

Having said this, there is no question that the current era feels different. It seems as if every social concern is politicized. Hence, the question posed on Yom Kippur. We are in the midst of what Micah member Rich Harwood has termed a national virus. Rich understands and interprets this country better than anyone I know. He is a national leader in rethinking how to improve politics and public life while generating the civic capacity to move communities forward. He says that this virus yields a “fight or flight” mentality, leaving communities struggling to embrace and act on our country’s founding values.

These values include the noblest ideas of the human spirit: tolerance, an open mind, a spirit of generosity, a belief that we are all created in God’s image. As I have said before, there has always been something confluent about my American beliefs and my Jewish beliefs. They reinforce and strengthen each other. They mirror each other. The Statue of Liberty, emblazoned with Emma Lazarus’s poignant words, is simply another way of setting the Shabbat table or opening the door to the Passover Seder and proclaiming, “Let all who are hungry come and eat.” American symbols and Jewish rituals reinforce each other.

The bedrock on which our values stand, the form of government that gives voice to them, is democracy. The fight to preserve democracy, so salient now, is the fight to preserve our social and moral values as Americans and as Jews. For me, it is that simple. Any effort to restrict the vote, to ignore the vote or to lie about the vote is an attack on the very values of both Genesis and “We the People.” This is the religious message of Temple Micah. It is the Jewish message going all the way back to Sinai that echoes through us to this day. This is why we offered a prayer about abortion, a personal and moral issue that never should have been politicized in the first place. We pray our values. We will not be silent. We will, in fact, affirm our beliefs even and especially on the most sacred days of our year.