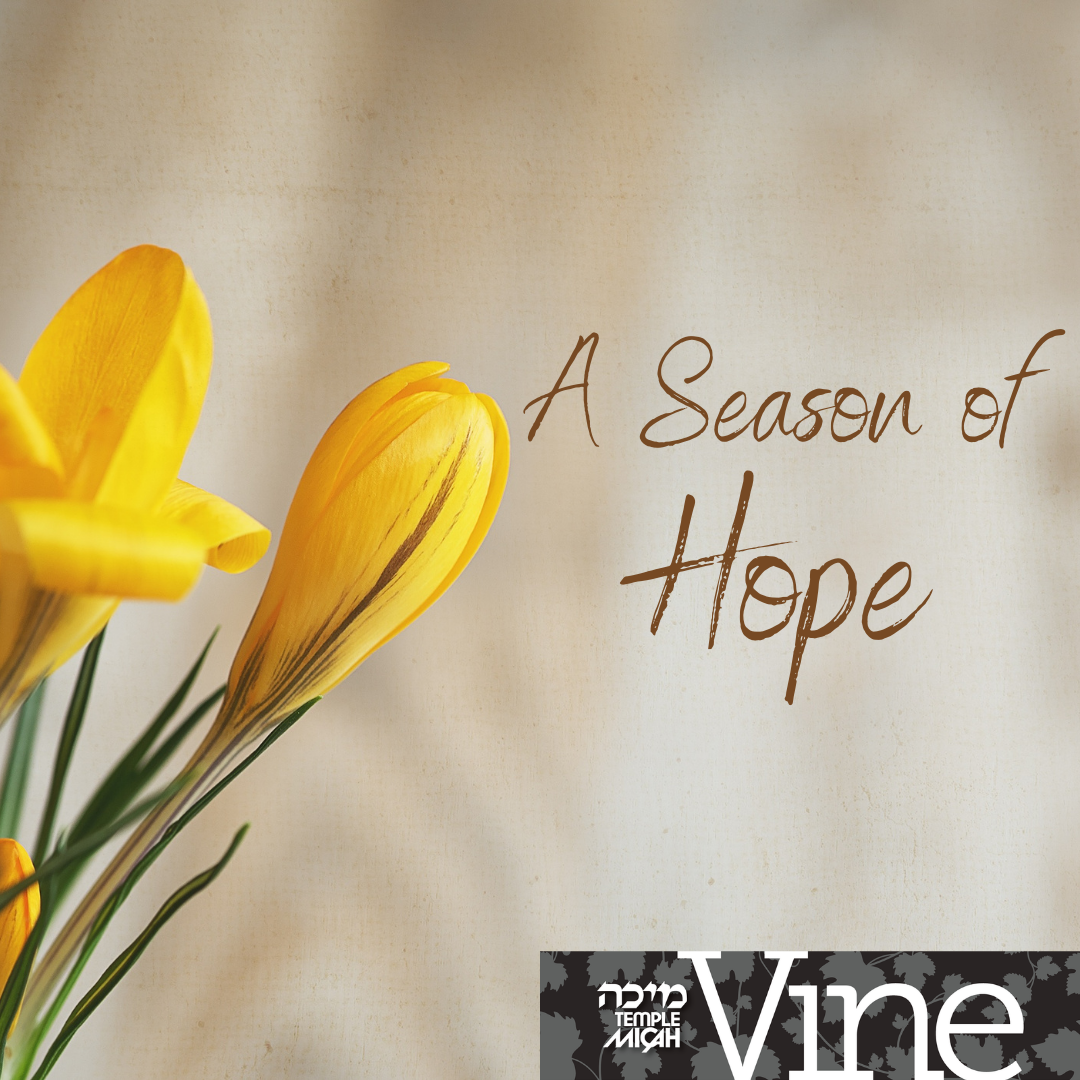 A Season of Hope

A riddle from Jewish folklore asks about the difference between optimists and pessimists. The mischievous answer is that pessimists have more data. This wry bit of wisdom can help us understand the condition of civic life and prospects for democracy here and elsewhere. Pesach is a good time to think about freedom and its fragilities and to take stock of ourselves as a community. Is our glass, or to stretch a familiar metaphor, Elijah’s cup, half full or half empty?

On the gloomy side is Robert Putnam, the political scientist who gained academic and popular acclaim with his book, Bowling Alone (published in 2000), in which he argued that “something has happened in America in the last two or three decades to diminish civic engagement and social connectedness.” His imagery, people bowling solo instead of how they used to, in leagues, has become iconic for our fragmented and isolated times. Twenty plus years later, as we confront daily images of partisan tribalism, Putnam seems prescient. And he’s not bowling alone: by rough estimate, more books and reports about the fragility of democracy have been published in the last five years than in the preceding 50. The notion of commitment to a vision of the common good seems quaint as we watch reruns of the January 6 attack, anti-maskers screaming about tyranny of government mandates, politicians clinging to the fantasy that the 2020 election was stolen, and eminent scientists mocked by anti-vaxxers.

At risk of sounding like a congenital optimist, though, I see other data too. For example, I am grateful to Jim and Deb Fallows, whose narrated airplane ride across America, Our Towns, published in 2018, conjures a mosaic of culturally and politically diverse places coming to terms with local realities in their own ways but sharing a familiarly common recipe of engagement and generosity. Last year Americans donated a whopping $450 billion to charitable causes. From my vantage point as dean of an education school in a university smacked by the pandemic with the worst financial and organizational crisis in its 200-year history, I witnessed community cohesion and an abiding commitment to the common good. We learned quickly to keep safe physical distance, while sustaining our emotional closeness; we breathed alone but, in a way, bowled (and prayed) together.

As an avid fan of the NBC Nightly News, I am buoyed by Lester Holt’s standard signoff: “Take care of yourselves and each other.” Who isn’t moved by the footage of apartment dwellers in Manhattan coming out on their fire escapes to serenade ambulance drivers taking victims of COVID to overcrowded emergency rooms? Or scenes of Vietnamese survivors from 1975 helping last year’s victims from Afghanistan settle in the US? Doesn’t the fact that, in the wake of the murder of George Floyd and other victims of racial violence, public protest was the largest, most diverse, and most sustained in American history, suggest something promising about our collective pursuit of justice and our faith in the grand democratic experiment? And of course, maybe the most compelling source of my optimism is how our Temple Micah managed the migration to on-line services and a seemingly endless series of events aimed at keeping us informed, connected, together.

So who has the right data? That argument will surely go on. But meanwhile, is there a middle ground, a platform upon which we might neither scoff at the bad news (there’s plenty of it!) nor skid into utter despair, and from which we might reinforce traditions of civic responsibility as linchpins of freedom and democracy? I don’t know. But the season that gives us Pesach, Yom HaShoah, Yom Ha’atzmaut, and Yom HaZikaron offers some guidance: The Hebrews crossing the Red Sea, the inmates of the camps who all wanted to survive, the founders of the revived sovereign homeland of the Jewish people, and the heroes who fought and fell for the safety and security of Israel all knew, long before it became fashionable, that “it takes a village.” As members of a particularly argumentative tribe, they all had their points of view – but ultimately their vision of collective responsibility prevailed.

Let’s keep that in mind as we continue to develop ways for Temple Micah to cultivate and nurture our togetherness as a people.

Hoping that soon we will be able to say “we were slaves unto COVID and now we are free…” I wish you all a sweet and healthy Pesach, with prayers for peace, safety, and freedom.

I wrote this piece before Ukraine. The resurgence of Russian brutality tilts me back in the direction of pessimism, although the Western response offers some hope. Feeling inadequate to do much more than pray, I will certainly keep the victims front and center in my Pesach blessings and remembrance of our people’s suffering and liberation.

Michael Feuer is dean of the Graduate School of Education and Human Development and professor of education policy at George Washington University. His family has been members of Temple Micah since 1995.