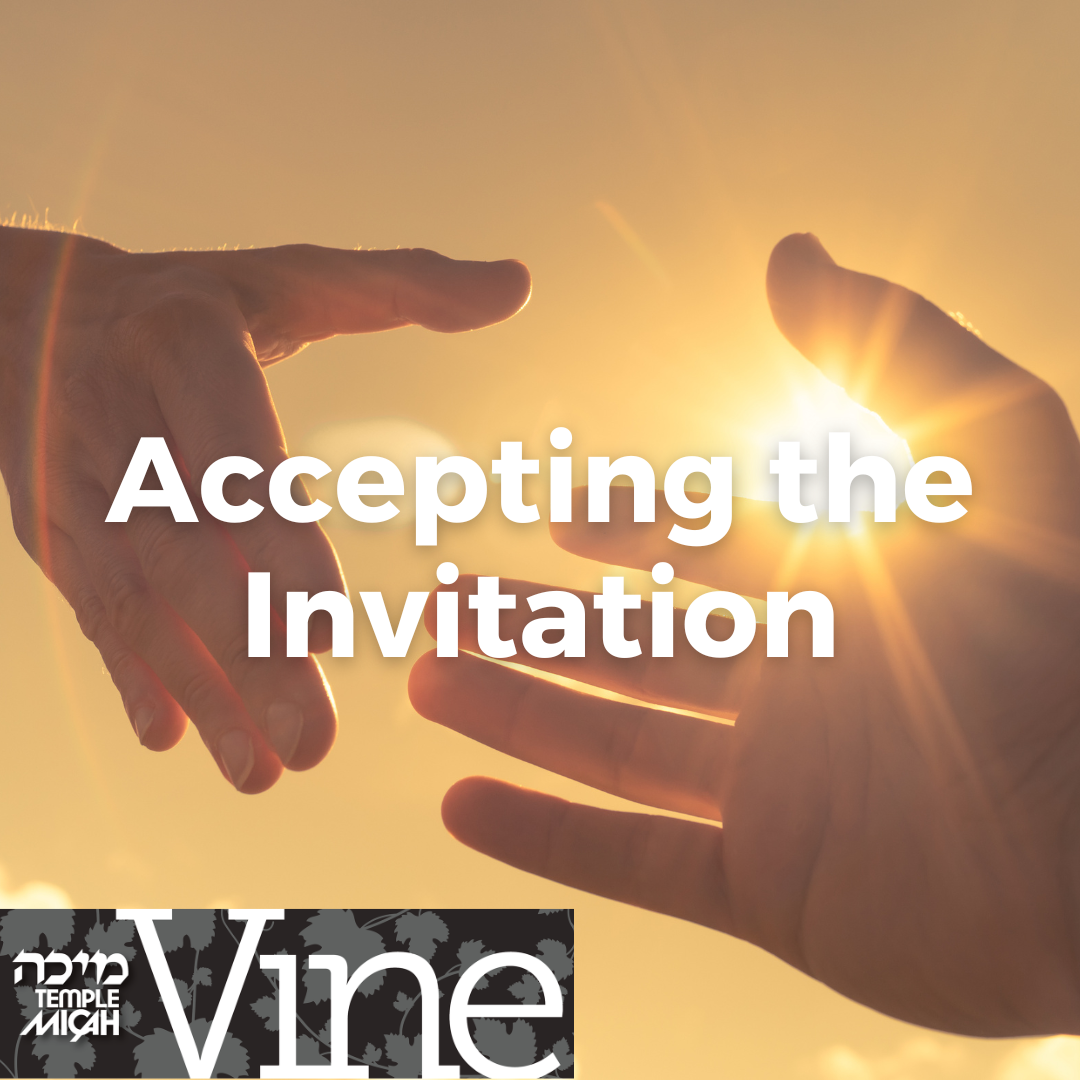 As we approach our holiest days, I find myself thinking about these two words and how our Days of Awe put them in capital letters and broaden the invitation. The Holy Days invite us not only to explore, but to examine what we wish to change. Yes, the Holy Days are premised on the radical supposition that we are able to change! Human beings, each one of us a reflection of the divine image, have the power to alter the way we live our lives. We can seek to become more patient, more generous, and less judgmental. In these days, we examine ourselves in order to learn and to grow.

We do this as individuals and as a community. With this letter, I therefore ask, what in American Jewish community life would I like to see change? I offer three ideas:

1. Let us communally engage in the Israel conversation with love, understanding and a strong moral compass. Love, because Israelis are our family. Understanding, because we are not experts on the realities of their daily lives. Understanding, because the growing anti-Israel sentiments of the left sometimes flirt with a new kind of antisemitism that claims Israel is a colonial enterprise or that a Jewish, democratic state is a contradiction in terms. Understanding, also, because much of the Arab world as well as the nuclear aspiring nation of Iran to this day do not want Israel to exist. And understanding because the Israel-Palestine conflict has two owners, Israel and the Palestinians.

That said, nothing should be allowed to diminish our moral compass or our moral outrage at policies that are driven by rightwing settlers in the West Bank. Nothing should diminish our outrage when Israel’s far-right leaders, such as Itamar Ben-Gvir and Bezalel Smotrich, are invited into the political mainstream. They are Jewish fascists and we should not hesitate to call them that. Rabbi Eric Yoffie, president emeritus of the Union for Reform Judaism, was blunt when he wrote recently in Ha’aretz that the two represent “nothing less than a poison in the lifeblood of Israel and the Jewish world” by advocating that Palestinians be forced to choose “between expulsion and servitude.” American Jewish communal leadership should follow the model of the Board of Deputies of British Jews, which responded to Smotrich’s visit to London earlier this year with this statement: “We reject Smotrich’s abominable views and hateful ideology. Get back on the plane, Bezalel, and be remembered as a disgrace forever. You are not welcome here.”

2. I would like to see the American Jewish community offer greater support and acclaim to our synagogues. Much press coverage about religious affiliation across the board is about disaffiliation. The “nones” (those with no religious affiliation) are routinely identified as the fastest-growing group. Often, when Jewish religious life is publicized and lauded as innovative, exciting or creative, it actually is outlandish. I have read, for example, about Jewish wilderness adventure weddings featuring sacrificial altars, shofar and drums, and conducted on Jewish Festival Days when weddings are prohibited. Other stories are about ventures that seem silly to me, teaching “dovenology”, Jewish “mindfulness,” or “embodied spirituality.” What are these things? Moreover, they can be corrosive to Jewish life, making Judaism appear as a form of exotica rather than a search for a day to day moral path sustained in community. These initiatives attract a small minority of Jews while most American Jews continue to get their Jewish spiritual nourishment in synagogues. But how often are our mainstream synagogues acclaimed as the great places they are? As Larry Hoffman has pointed out synagogues provide a multitude of things that we take for granted, including pastoral care, life-cycle rituals, Torah study, outreach, conversion and interfaith dialogue. As Hoffman writes addressing the Jewish community: “Where else do we find a multi-generational community through which you can grow through time? Where else do people assemble in moments of communal trauma? …Who else regularly sends marchers to Washington, collects food for the hungry and help for the homeless?”

We know this and take it for granted. Where is the recognition and support in the wider community? American Jewish life across the entire country is ultimately sustained in our synagogues.

3. Finally, I would like to see a greater Jewish emphasis on the creative arts in their many forms as a way to deepen and broaden our understanding of spirituality. Too often, we view spirituality as a tool for certain “spiritual or mystical” types who seek to divorce themselves from the grim realities of the everyday. This is nowhere near my understanding of spirituality. Spirituality is a desire to discover. It is an acknowledgement that the human experience is a multi-dimensional one, far more than the physical/mental binary. We need art—and not only in museums, theaters, galleries, concert halls, and opera houses. I have learned to see worship as an art form. There are few who have taught me more about prayer and spirituality and how to more fully embrace, understand or interpret a text than Liz Lerman, the well-known choreographer and longtime Micah member. Art offers a path to creativity and teaches us about rigor, discipline and a healthy regard for the past. Art is not haphazard. True art always stands on the shoulders of what has come before. As much as anything, we need artists of every form to be partners in shaping our Jewish spiritual and communal lives. For this reason alone, I am grateful that Liz Lerman will be leading us in movement on Yom Kippur.

The Holy Days are drawing near. They are inviting us all to grow. Individually and as a community, let us accept the invitation.

This article originally appeared in the September/October issue of the Vine.