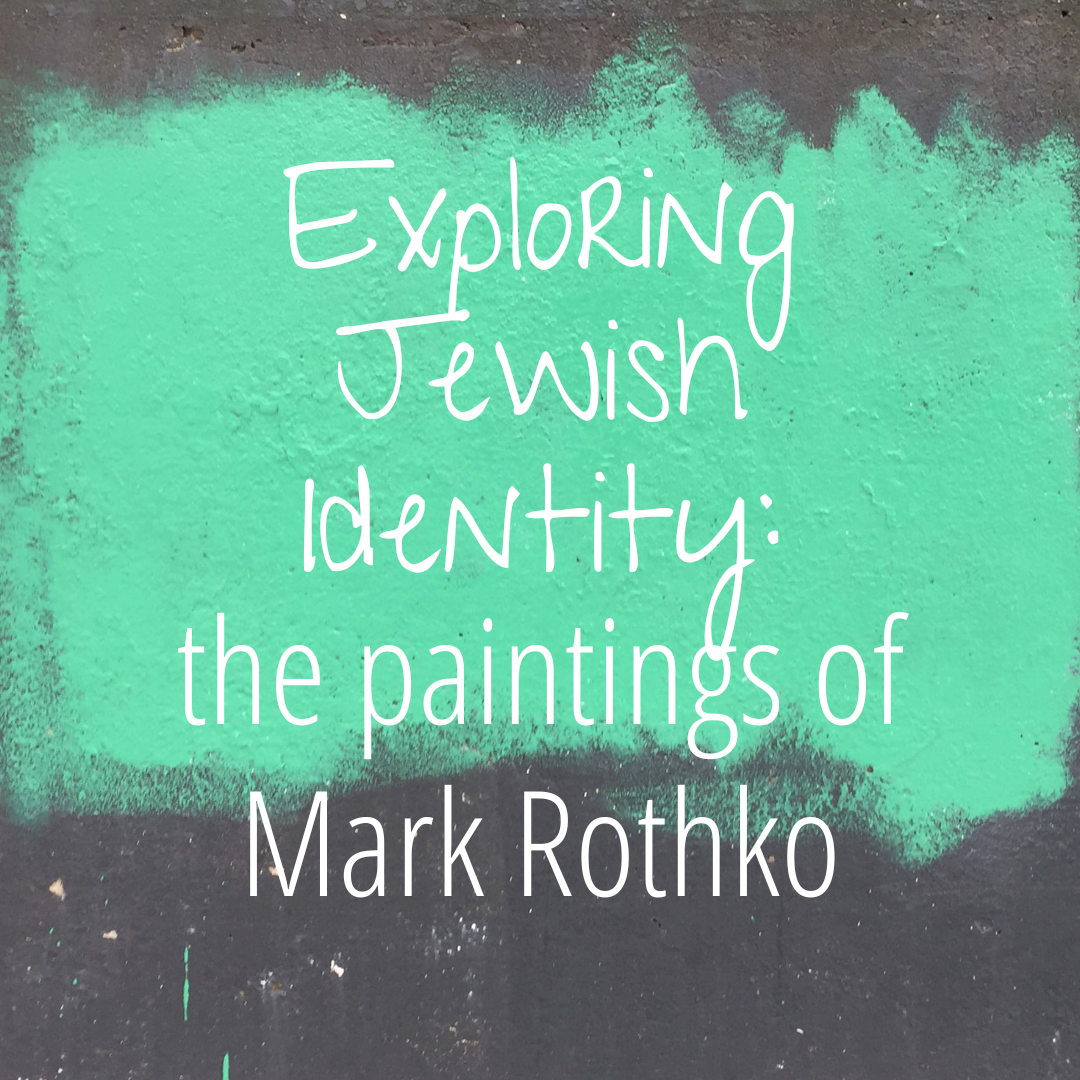 Exploring Jewish Identity through the Paintings of Mark Rothko

When I visit the Phillips Collection in Washington, DC, and walk to the Mark Rothko room, I pass by a lot of modern art. I see artists who combine real and unreal objects; who employ the cubist technique of breaking up nature into half-abstract, angular planes; or who explore the world of the mind, of the emotions, of the imagination— all the worlds inside us that the artist tries to make visible and external.

Like the uprooting of traditional societies (e.g., Eastern European Jewry), traditions have been broken up, flattened out, angularized, cut in sections, made transparent, viewed in novel ways, painted with unusual colors, molded into new shapes and sizes—until the traditional world is completely conquered and reconstructed.

Mark Rothko, a Russian Jewish immigrant raised in Portland, Oregon, clearly reflects this shattering. For Rothko, the sense of belonging is gone and cannot be recaptured: as he noted some years ago, “both the sense of community and of security depend on the familiar; free of them, transcendental experiences become possible.” In his paintings, the surface of the canvas seems almost to have disappeared; in its place, mists of color seemingly float over it like impalpable translucent blinds drawn, one upon the other, down a magic window.

Thus, we witness both the personal estrangement of the artist from the mass culture around him, his discomfort if not disgust with the material world; and, in his abstracts, an acceptance of modernity and a yearning for an expansive, transcendent space. I feel a profoundly religious quality in that room, with its quiet horizontals and broad muted tones—immanence, serenity, and silence.

Similar in kind to the response of Rothko is the most modern of Jewish communities—American Jewry. Like a Rothko painting, traditional Judaism, or a religious civilization among the Eastern European Jewish immigrants, had already burst into pieces; it existed only as fragments. When they arrived in America, these immigrants immediately began to substitute new social and cultural mores for the older ones, to create a canvas of rich acculturation.

But the modern canvas they created was still visibly and intrinsically linked to the pre-modern fabric. As Kafka observed in a different context in a letter to a friend, the “posterior legs” of American Jews were “still glued to their fathers’ Jewishness.”

Perhaps the most durable link with the past were the fundraising campaigns for the needs of Jews all over the world. Beginning during World War I, in response to the needs of traditional communities, annual campaigns of organized Jewish philanthropy among (largely) immigrants and their children raised, by any metric, extraordinary sums of money. Imitating leadership patterns, decision-making, and organizational divisions in the larger (mainly United Way) community, American Jews harnessed a traditional religious obligation to the modern organizational forms, structures, and values of the American tradition.

So many of us, descendants of these immigrant Jews, are cultural schizophrenics, a concatenation of past and present, people blessed (and sometimes burdened) by the confluence of tradition and a vision of modernity. Like Alexander Portnoy in Philip Roth’s novel, whose mother wants him to look and act like a middle class gentile but come home every Friday night for Sabbath dinner, we all live in (at least) two cultures, something called “modern” and something called “traditional.” It has never been easy.