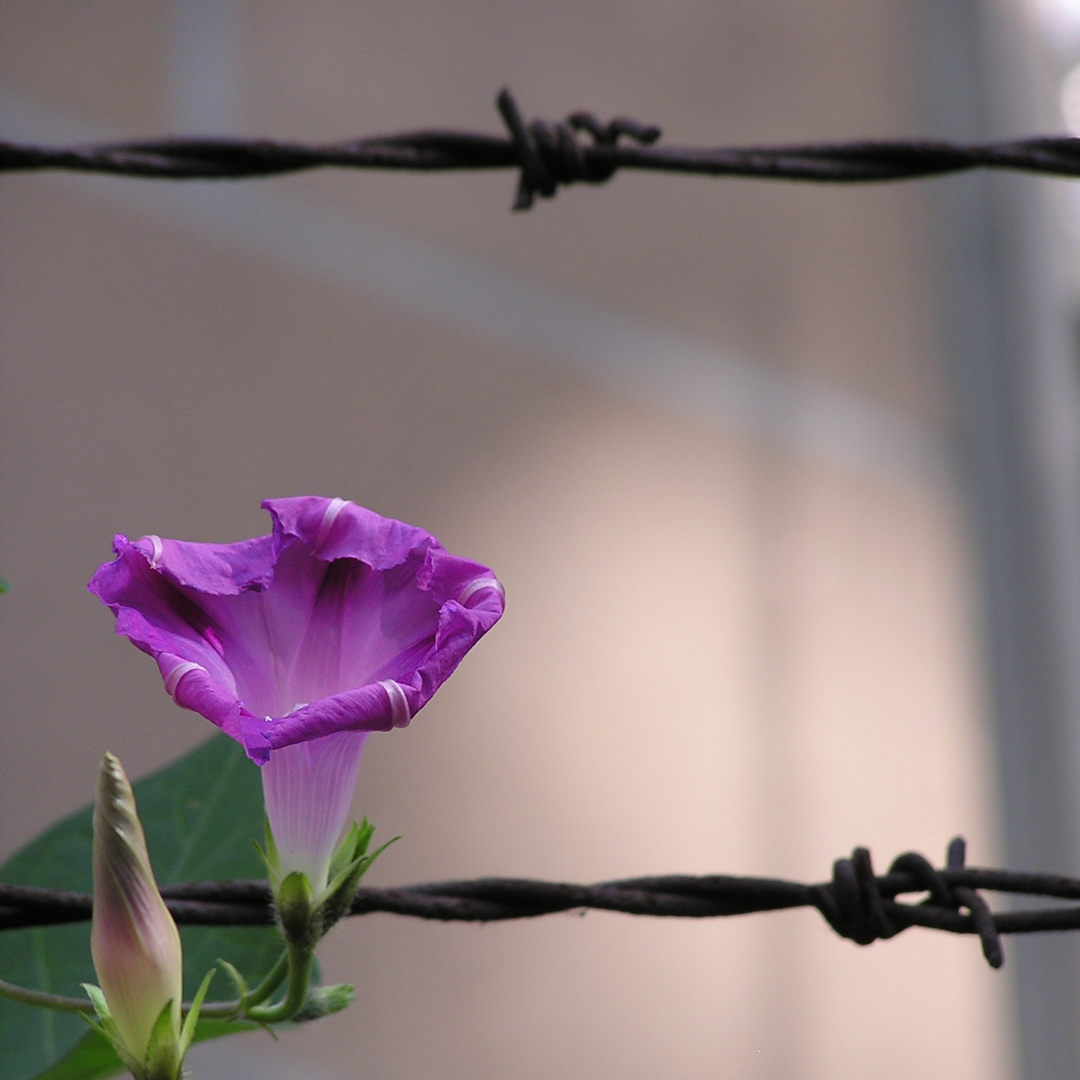 Learning to Teach: The Holocaust as a Story of Life

This July, thanks to Temple Micah, I had the special opportunity to participate in an eight-day intensive hosted by Yad Vashem’s International School for Holocaust Studies at their campus in Jerusalem. Our group of twenty-two North Americans was made up of museum guides, Religious School Education Directors, March of the Living coordinators, and many more, all Jewish educators active in our field. 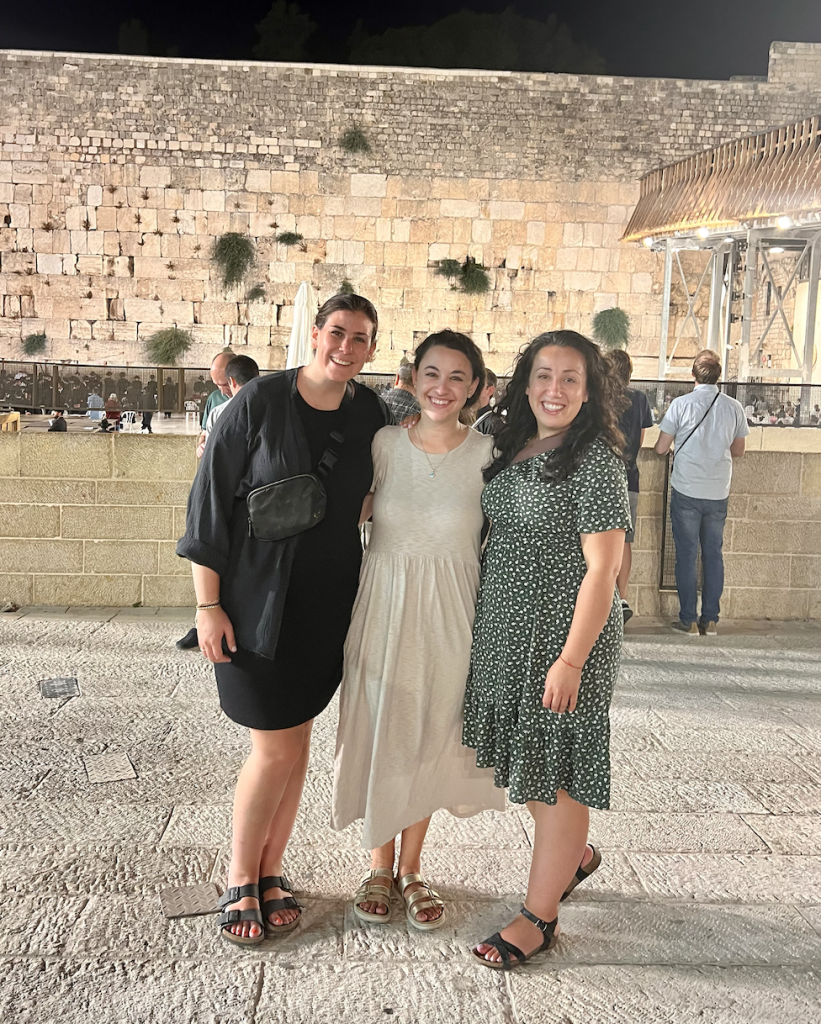 Edelman (center) at the Western Wall with classmates Witnee Karp, Director of March of the Living Toronto, and Jasmine Kranat, a lawyer from Ottawa who designed her own Holocaust exhibit for public school students in New Brunswick

My goal was to learn how to teach the Shoah to our Machon Micah students in a safe, age-appropriate manner. I knew it would be tiring and intense, depressing at times, and emotionally draining. I couldn’t have predicted that I would leave the program with so much hope and excitement for the future. But this is exactly Yad Vashem’s intention.

Their pedagogical approach is starkly different from other Holocaust museums, memorials, and educational programs. Our lecturers spent eight days guiding us to the conclusion that the Holocaust is not a story of death. It is a story of life.

The Holocaust must be taught as a history of resistance in the face of incalculable evil. The resistance of our people and our faith: this is an accomplishment of which we should be ferociously proud. The depravity of the Holocaust is familiar to the Jewish community. We have all seen photos and read testimonies that bring us to tears and make us feel sick. These may be the “easy” way to educate on the Holocaust—with shock value. But my goal at Machon Micah will be to reinforce that our people are a people of strength and will.

No, the Jews did not go like sheep to the slaughter. It was a time of choiceless choices and everyone fought in their own way. Young women in the ghettos were spies, sneaking out in the night to gain intelligence, trade goods, and source weapons. Rabbis engaged in spiritual resistance, continuing to study and give guidance to those who came to them with halakhic dilemmas: is it permitted to build a sukkah with stolen wood? Can I say a bracha, or blessing, over food that isn’t kosher? The answer: The Nazis stole the wood in the first place, and the food is kosher if it’s the only food available to eat. 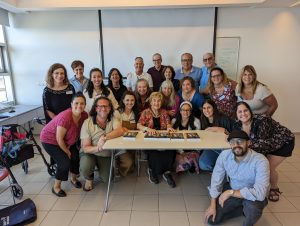 Artists continued to draw and paint, teaching children, giving them a way to explore their emotions. Writers continued to write, and organized such groups as the Warsaw Ghetto’s “Oneg Shabbat,” knowing they held the great responsibility of documenting life within the ghetto walls so that their history might be remembered. A few pregnant people carried their pregnancies to term, against all odds, while interned in ghettos and concentration camps. As Yad Vashem phrases it, our people went above and beyond to “maintain a normal way of life in a completely abnormal world.” This is the way we fought back.

Of the seminars, tours, and readings we participated in at Yad Vashem, no day was quite as powerful as when we met Rena Quint, proud great-grandmother, teacher, and Holocaust survivor. Rena is the embodiment of Jewish resistance. Born in Poland in 1935, her life was turned upside down when the Nazis invaded and occupied her hometown. Her mother and two older siblings were deported to Treblinka and murdered; three-year-old Rena, disguised as a little boy, managed to stay with her father. He, too, was murdered and by age seven, Rena was alone. She was deported to Bergen-Belsen. Various women, as she puts it, “adopted her,” looking out for her, feeding her, and protecting her.

At war’s end she was adopted by another Holocaust survivor in Sweden, but that survivor unfortunately passed away due to illness. At eleven years old, Rena emigrated to the United States with another survivor; three months later, Rena’s second adoptive mother tragically died as a result of her time in the camps. Eventually, Rena was adopted by a Jewish couple in New York City, with whom she stayed until she went to college. She remained incredibly close to them for the rest of their lives.

Rena refers to all these women as her “mothers,” each in a different way, at a different point in time, each as critical to her survival as the one before. Rena’s story is, without a doubt, sad, gut-wrenching, and impossible to imagine. But sitting in a classroom with her, overlooking Jerusalem, as she apologized for leaving her cell phone ringer on just in case her umpteenth greatgrandchild came into the world at that moment, I realized this is the way to teach the Shoah, especially to children. Many, many perished, but Judaism, strength, and the will to go on did survive. Rena is the proof. And as fewer and fewer Holocaust survivors remain with us, the task of telling their stories, both before, during, and after the Shoah, falls to us. It is a heavy responsibility—one I know I am now equipped to take on, thanks to this powerful program.

This article originally appeared in the November/December issue of the Vine.